Join #BlackLivesMatter Organizer Mahnani Clay, Robert Branch, and his Civil Attorney Dan Gilleon, as we DEMAND JUSTICE for Robert Branch from SHERIFF’S DETECTIVE EXCESSIVE CHOKEHOLD that was CAUGHT ON TAPE 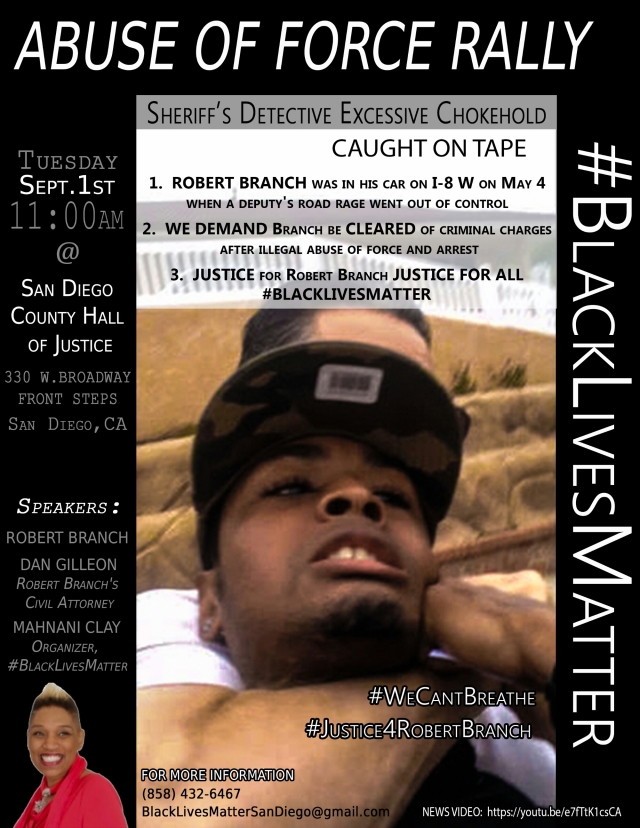 WATCH THIS VIDEO OF ABUSE OF FORCE CAUGHT ON TAPE:

Witness Pablo Martinez says Robert Branch did nothing to provoke the extreme use of force by the law enforcement deputy.  He watched as Detective Ward manhandled Branch taking him down to the ground twice.  He felt it was uncalled for…it was abusive
http://www.10news.com/news/team-10/team-10-detectives-chokehold-on-security-guard-caught-on-video