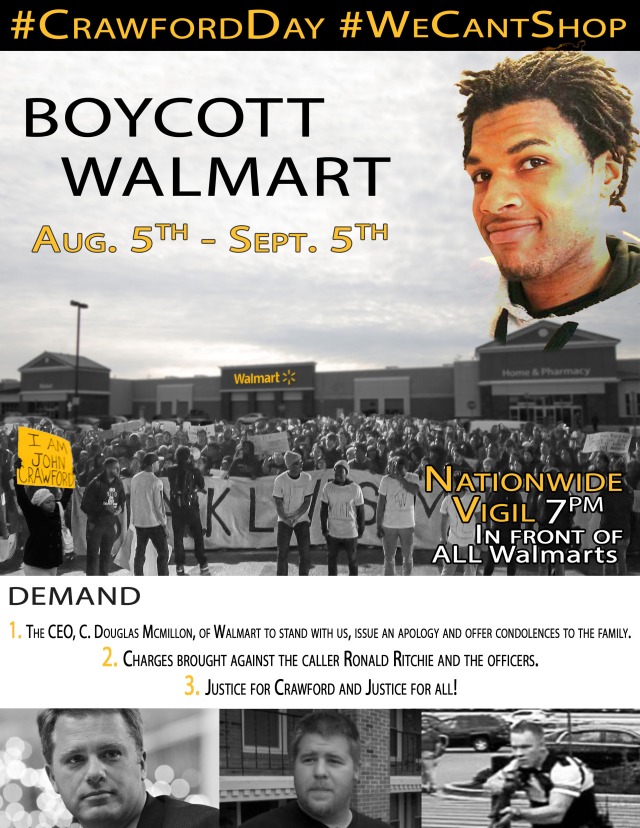 Demand Walmart CEO Douglas McMillon issue an apology and offer condolences to the Crawford Family.
Demand Charges be brought against the caller Ronald Ritchie for inducing a panic!!
Demand the DoJ bring charges
Demand a plaque built in the ground in front of Walmart in Breevcreak Ohio.
Demand justice for Crawford and Justice for All!
Highlight that Black Lives Matter! 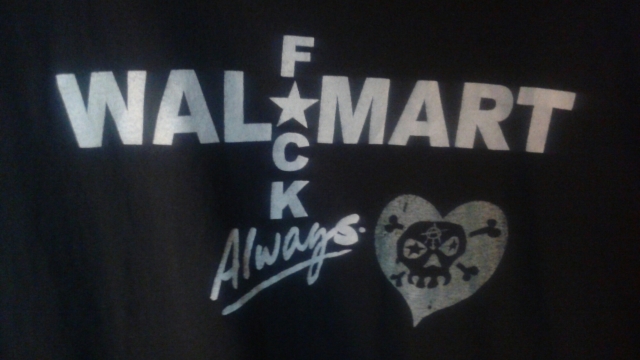 On August 5, 2014, A young man by the name of John Crawford picked up an un-packaged BB/pellet air rifle inside the store’s sporting goods section and continued shopping in the store. Another customer, Ronald Ritchie, called 911. According to Ritchie at the time, Crawford was pointing the gun at people and at children walking by, and messing with the gun. Ronald Ritchie has since recanted, stating “At no point did he shoulder the rifle and point it at somebody”. Two officers of the Beavercreek Police arrived at the Walmart shortly after their dispatcher informed them of a “subject with a gun” in the pet supplies area of the store and Crawford was shot. His last words were, “It’s not real!”

Police contend that John ignored their commands but the surviellance video shows that John was on his cell phone at the time with his back turned to the officers. He was not given any time to respond to verbal commands.

Immediately following the shooting police aggressively questioned Crawford’s girlfriend, Tasha Thomas*, threatening her with jail time. The interrogation caused her to sob uncontrollably, with hostile questions suggesting she was drunk or on drugs when she stated that Crawford did not enter the store with a gun. She was not yet aware of Crawford’s death at the time of the interrogation.

This August, one year later we are still seeking justice. The Justice Department is still conducting its own investigation. It is time to apply pressure!

* Tasha Thomas was killed in a car crash earlier this year. John and Tasha’s child has been left without a mother and a father.

Below are all the tools you need to join the twitter storm beginning on Wednesday, August 5, 2015. Tweet @Walmart @Obama @DoJ and any celebrities or politicians.