Texas Department of Criminal Justice: Transfer at-risk LGBT Prisoner to save his life. 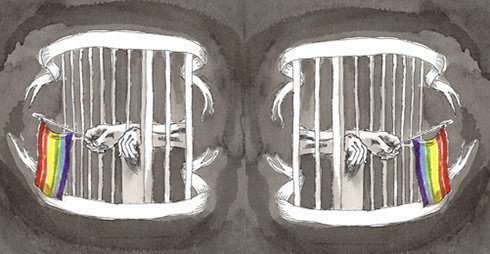 On February 3, 2015, my queer and gender-nonconforming friend filed an Offender Protection Investigation (OPI) due to multiple threats on his life. An officer took advantage of his vulnerable position and coerced him into giving information in exchange for a transfer to the Safe Keeping unit. My friend kept his end of the deal, but the prison ended the investigation and ordered him back into general population where two gangs had orders to “smash him on sight.” The prison benefited from the information he told, but decided his life was not worth the effort.

My name is Shannon Snyder, and I will do everything in my power to make sure that my friend Tyler Hearne receives the basic human rights he deserves. He has been targeted as a member of the LGBT community for years, enduring theft, violence, and sexual assault. Tyler knew that the system was not designed to help him, so he stayed silent until this abuse became so unbearable he had no other choice. But the system that is in place to help at-risk inmates has made it very clear they do not care about his safety. They claim that the only way for him to prove he is at risk is to be raped or attacked again.

Due to repeated calls to the prison and the PREA Ombudsman Office, they have opened another investigation. Tyler has been placed in transient housing pending the results, but if the past investigation is any indication of how this one will it end, it is likely he will soon be back in the same life-threatening situation. The justice department has an obligation to its inmates, and it has repeatedly turned its back on them.

Please help me demand that Tyler be moved to Safe Keeping – an area designed to protect inmates who have been or are likely to be targeted for sexual assault or extortion. This is the only way he may be able to survive his sentence, repay his debt to society and move on with his life.

PETICIÓN PARA
Huntsville PREA Ombudsman Office PREA Coordinator
I am writing to voice my concern about an inmate named Tyler Hearne who is incarcerated at the Michael Unit. Tyler has been targeted for his sexuality and gender identity, and has endured theft, violent attacks, and multiple sexual assaults. He currently fears for his life and safety. I urge you to move Tyler to Safe Keeping so that he can complete his prison sentence without the fear of assault or brutality.v